Simeon ten Holt: ‘As a composer I am subservient to the process of creation’.

An inclination to writing autobiographical texts has never been unfamiliar to Simeon ten Holt. For over forty years he kept a personal diary up - to - date. Based on this diary his memoirs were published in 2009.
This web text, based on many conversations with the composer offers an outline of his development as a creative artist. *)
At the end of the seventies of the previous century the headstrong composer Simeon ten Holt surprised friend and foe by showing two faces. Shortly after each other two key compositions from his then virtually unknown oeuvre were performed: the abstract and to an untrained audience poorly accessible ..A/.talon and the meditative, harmonious Canto Ostinato which met with wide - spread support immediately.

..A/.talon , written for a mezzo - soprano voice and 36 playing and speaking instrumentalists is a rationally constructed piece of music, based on systematically t uning and balancing the musical elements such as pitch, rhythm, sound intensity and timbre. Music originating from the designer’s table.

Canto Ostinato ( ‘ stubborn singing ’ ) has been composed for key board instruments. This composition, preferably performed by two or four pianists (sometimes by other instrumentalists) , explores the field between noted down and improvised music. In this half - open scenario repetition of the musical sections is dominant and the musicians choose their own track.
But as Kierkegaard aptly said: ‘Life is lived forward, but understood backwards’. With the benefit of hindsight we may safely say that there was not a specific caesura in Ten Holt’s development as a composer.
Ten Holt: ‘There was rather a gradual musical development. There was a time span of ten years between the creation of the two compositions’.

Characteristic of his ideas about composing is a theme that had occupied his mind since the fifties of the previous century: About doing and having done . This theme imp lies that the act of creation – the doing – only gets content, by which it becomes essential, when that act has already been done. Doing is a confirmation of what has been done.
Canto Ostinato was created in this way. The act of creation leading to this work was focussed by a guideline that accentuated the will of the composition in progress rather than the will of the composer. It is a guideline that turns the role of the composer subservient and subordinate to the process of creation – a process with a type of decision - making of its own as it were.

Ten Holt: ‘In my creative life I have always had the impression that I was guided by decisions that stood apart from my own will or wishes, although these will not have been ignored entirely. Let’s compare th is to choosing and being chosen: as a music lover you can choose , for instance, being chosen is caused by fate alone .’ 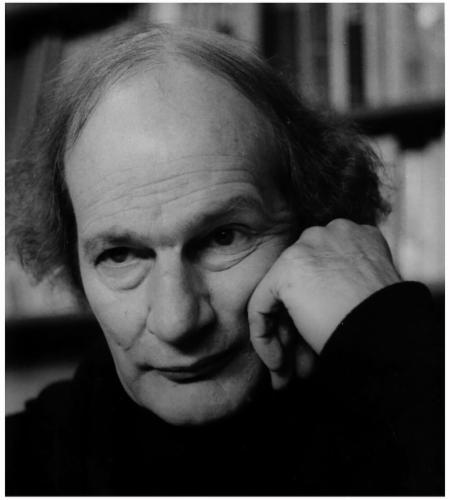 In the nineteenth century, when interest in timbre increased, the roots of the tonal centre were loosened . Fixed anchor points disappeared, chords lost their mutual attraction and were no longer related to one ton al centre, but to one another. In the twentieth century ‘atonal’ music was created.

After 1945 the ton al centre reached its final developmental stage through the composition of serial music, in which one or more elements (pitch, rhythm, volume, etc.) were determined by previously formulated arithmetic se quences. The ears of the untrained listener were no longer able to notice musical coherence.

Besides the tonal centre time and space also formed a preoccupation of Ten Holt. He considered the time as indicated by the cl ock and the space as measured by the ruler deceptive appearances. In later compositions these two played a mysterious game with one another. Ten Holt: ‘Time becomes the space in which the sound shape starts to hover and begins to look for the best position in relation to the light.’
What did this mean for the performance of his music? In Ten Holts later compositions work in progress is often the case. Tasks are shared and taken in turns by musicians. The repetitive nature offers them space to decide independently as to repetitions, co mbining musical layers, dynamics and the overall way in which the music is performed.

The composer seems to have the wish to mesmerize his audience with his music, as an American music critic once wrote.
The resounding result seems indeed to cause in man y people a listening experience in which elements such as memory functions or the inclination to logic sequencing seem to be removed as it were.

Simeon ten Holt initially studied piano and music theory with Jacob van Domselaer in his native villag e of Bergen N. H. in the Netherlands. Later on he followed composition lessons with Arthur Honneger and Darius Milhaud in Paris. The young Ten Holt lived in this cultural capital at the time of Cobra, but he was not in touch with this colony of artists in whatever way.

Initially Ten Holt as an artist was a blank page. His first compositions show this. These were written with the pen of history and betray influences from his Bergen teacher Van Domselaer as well as from foreign composers among whom Béla Bartók and Leos Janáč ek.

In 1952 Ten Holt returned to Bergen and settled in a bunker which had been turned into a studio in the yard of a farmhouse. There he experimented with the ‘diagonal concept’, a composition system in which he simultaneously used complementary keys trying to get to grips with tonality an d atonality. Diagonal Music for Strings (1958) and the Diagonal Suite for Piano (1958) are evidence of this approach.

During a surrealistic intermezzo compositions with bizarre titles were created such as Solo Devil’s Dance I (1959) and Cycle to Insanity (1961 - 1962). These refer to an imaginative dream world. The composer mainly aimed at a shift of reality perception (‘2+ 2+5 instead of 2+2+4’) .

After this a breakthrough followed to the avant - garde. The modernist Ten Holt turned his back on his piano and declared tonality dead. Traditions were thrown overboard. Ten Holt: ‘Composing changed into table work, into mere arrang ing of arithmetic sequences. A pseudo - creative process was the case which was realized in a kind of present without past.’
This stage reached a point of culmination with the composition mentioned above ..A/ta - lon (1967/68).
Ten years later this work trave lled through the Netherlands and Germany as a musical theatre project combined with Passiagio for soprano voice, two actors, a double choir and the orchestra of the prominent Italian contemporary composer Luciano Berio (1925 - 2003).

At the start of the sev enties of the previous century Ten Holt’s music showed a high degree of abstraction. He studied the physics of sound at the Institute of Sonology in the city of Utrecht and in his own studio. He explored the element of timbre in the area between tone and n oise. Melodies seem e d to have vanished forever. 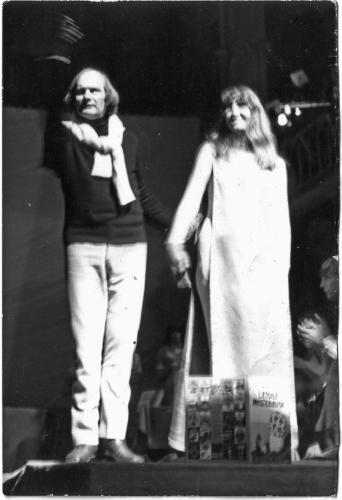 In the second half of the seventies of the previous century a crucial stage occurred in the creative process. The piano returned in his life as did tonality. Ten Holt: ‘ A new kind of tonality presented itself, one that had been affected by the frosty night of serialism.’ It was this crucial stage in which Ten Holt composed Canto Ostinato (1976/79), his most famou s composition.

After Canto Ostinato other compositions that take up a whole evening followed, which provided him with an international reputation, among which Lemniscaat (1983), Horizon (1985), Incantation IV (1990), Palimpsest (1992), Shadow nor Prey ( 1993/95) and Méandres ( 1995/97). These compositions are characterized by one constant: Ten Holt delivers the ‘chemicals’ after which the musicians unleash a ‘reaction’ and manage to entrance the audience.

During a performance it can happen a t such mom ents that notes which have not been put to paper surprisingly present themselves. In the footprints of western music of the twentieth century Ten Holt – the tradition alist , the surrealist , the modern ist, the serialist, the sonologist and the minimalist – d eveloped his own signature and stirred the heartstrings of an international audience.

This portrait, at the time authorized by Simeon ten Holt, is based on various conversations with the composer in Bergen N.H. in the nineties of the previous century.
By Bert Koopman | Translation: Henk van Oort